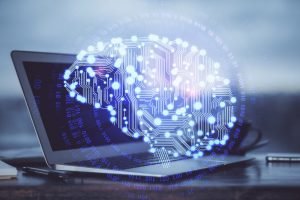 Everything you need to know about algorithmic trading from Ireland

The investment industry in Ireland has evolved dramatically over the last several decades and continues to do so amid increased competition, technological advances, and a challenging economic environment.

According to Investopedia Algorithmic trading makes use of complex formulas, combined with mathematical models and human oversight to make decisions to buy or sell securities on an exchange. Algorithmic trades often make use of high-frequency trading technology, which can enable a firm to make tens of thousands of trades per second. It is a method of executing orders using automated pre-programmed trading instructions accounting for a variety of fundamental, technical and market data. It relies on computer programs that execute algorithms to automate some or all elements of a trading strategy. They can take many forms and facilitate optimisation throughout the investment process, from idea generation to asset allocation, trade execution, and risk management.

The trends that have propelled trading Algo’s to their current prominence in Ireland and all over the world include:

The track record and growth of assets under management (AUM) of firms that spearheaded algorithmic trading has played a key role in generating interest. D.E.Shaw($50 Billion AUM), Citadel($32 Billion AUM), and Two Sigma($60 Billion  AUM), three of the most prominent quantitative hedge funds that use systematic strategies based on algorithms, rose to the all-time top-20 performers for the first time in 2017, in terms of total dollars earned for investors, after fees, and since inception.

Similarly, on the Institutional Investors 2018 Hedge Fund 100 list, the four largest firms, and five of the top six, rely largely or completely on computers and trading algorithms to make investment decisions – and all of them have been growing their assets in an otherwise challenging environment. Measured by the Russell 3000 index, the value of US stocks is around $31 Trillion.   The three types o computer managed funds control 35% whereas human managers at traditional hedge funds just 24%.

Traders pursue a range of different objectives when using algorithms to trade:

One of the main reasons that this type of trading has become so popular even in Ireland is because of the advantages it has over manual trading, such as:

The portion of investors/trader trading 80% or more of their portfolio via algorithmic trading doubled from 2020 to 2021. In the US, algorithmic trading accounts for anywhere between 80-85% of trading on the exchanges. In the coming years, Algo will capture 95% of market share with increasing volumes. Algorithmic trading watches the market so you don’t have to, it is most definitely the future!