ARE WE HEADING INTO A RECESSION? 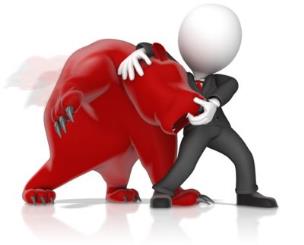 There is much concern in the markets of a US recession. This concern has brought markets down and pushed volatility up. Currently this concern has been easing and the markets are in a relief rally. Are we in a recession or heading into one? The markets have been acting like we are in one. As Nobel Prize economist Paul Samuelson famously said ‘The Stock Market has predicted nine of the last five recessions’. The market tends to shoot first and ask questions later.

SO WHAT IS THE DEFINITION OF A RECESSION?

The technical definition is two consecutive quarters of negative GDP (Gross Domestic Product). The formula for GDP is Consumption + Investment + Government Expenditure + Net Exports (Exports – Imports). Breaking this formula down we can say that consumption has been weak but it is not negative. In the US consumption accounts for almost 70% of GDP. Investment by companies has been anaemic as Fortune 500 companies are sitting on record levels of cash, almost two trillion US Dollars. There has been a slight build of inventories for companies but is this a seasonal issue as January was a cold month and this in turn does not entice people to buy. Government Expenditure policy has not been one of austerity as we know that did not work. Governments are spending as much as possible trying to keep the economy from going into a recession.  Exports are down as the strength of the US dollar has made US goods more expensive and foreign goods cheaper.

Looking at GDP components recession does not seem to be on the short term horizon but there is one coming as this is part of the natural business cyclical. When a recession does come how bad it will be? The Great Recession is fresh in everyone’s mind, some say we never came out of recession.
Based on the definition of a recession we have seen US corporate profits in a recession, having two quarters of decline. Many have pointed to this to say this is why we are heading into a recession. I believe that the negative corporate profits have more to do with a strong US dollar than week consumption. More and more US companies have a global presence and when they have to report foreign profits into their income statements they are reported in US dollars thus showing less profit. These fears can be your opportunity to buy companies that are good fundamentally but have been prices have been driven down. Trading these markets you must find profits but most importantly you must protect not only your profits but your capital as volatility creates market swings. Put your stock list together and your trading plan together and make money when others are heading for the exit.